Something To Think About

"The most powerful thing to realize is that you are fully in control of yourself and no one else. There is freedom in being just you." I always knew my ballet career would eventually end. It was implied from the very start that at some point I would be too old and decrepit to take morning ballet class, followed by six hours of intense rehearsals.

What I never imagined was that I would experience a time when I couldn’t walk at all.

In rehearsal for Nutcracker in 2013, I slipped while pushing off for a fouetté sauté, instantly rupturing the ACL in my right knee. In that moment my dance life flashed before my eyes. 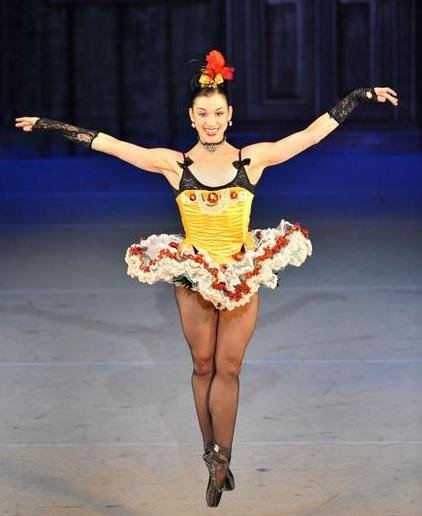 Ironically, while riding a bicycle as part of my PT-prescribed, non-weight-bearing and knee surgery-friendly cardio, I had a terrible accident. While shifting in my bike seat, I accidentally pressed on my front handbrake, catapulting myself onto the pavement chin-first. I had four complete fractures of my jaw, as well as some broken and knocked out teeth. The facial nerves involved in the subsequent emergency jaw reconstructive surgery rendered my face temporarily disfigured and expressionless.

Ten days after my jaw was wired shut, I went in for the seven-month follow-up MRI for my knee. Devastatingly, the results showed that my first ACL tendon graft had been unsuccessful, meaning I needed a second, more complicated knee surgery. My face hurt too much to cry about it.

I experienced complete immobility and horrific pain, but even worse, I began to feel useless. My directors would tell me how sad they were not to be able to cast me in the roles they had planned for me the season before. I’m sure they only said these things because they wanted me to know I was still valued, but I felt despondent. (I can’t walk without a limp and I’m a disappointment to my company. Perfect.)

Four months into recovery, I was at the point where I could attempt barre work. Every movement felt like it was being done on somebody else’s leg, not my own. It was downright scary. I had always been able to push my body to the limit; now I would literally break into a full body sweat when I had to do something as simple as a frappé or petit battement.

What was the point of trying to come back to work if I would feel fear instead of freedom in every movement? 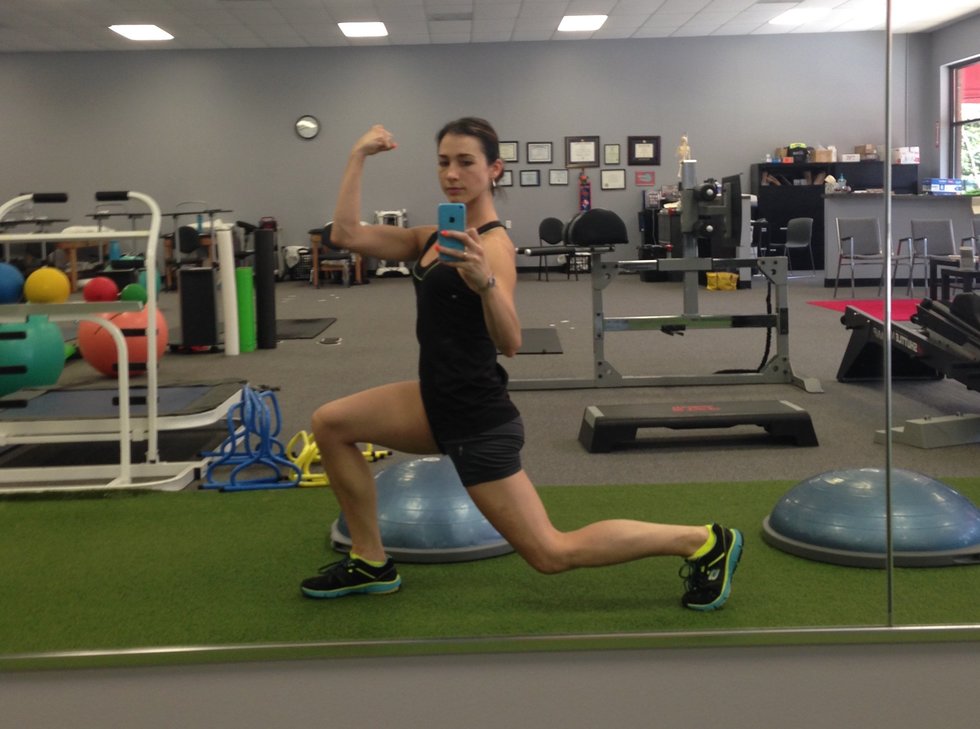 Trying to gain strength in the PT room

Several more months into my recovery, I was attempting more center work and small jumps. But my dance personality was shifting in a direction I didn’t like. When confronted with a new teacher in class, I would try to fly beneath the radar, hoping they wouldn’t notice my limitations.

Sometimes, to my utter shock, they would take an interest and feel inspired to push me harder, as if maybe their encouragement would finally be the thing to take me to the next level. (Maybe they thought I was younger than I was, because my face was still so placid from the nerve damage?) I felt ashamed every time I had to inform them that I was doing the best I could with what little I had left.

About a year after my second knee surgery, I cried as I lay on the PT’s table and finally admitted that I had decided to retire. It was just too hard, too painful, too anxiety-inducing to come back to full-time company life.

I never wanted to be the kind of dancer who couldn’t give 100 percent every day, and it wouldn’t have been fair to take up space in the professional ballet world when there are so many awesomely talented young women waiting in the wings. My years of expressing myself on stage seemed to be over.

I looked online at my local community college for something entirely different. My heart sank as I scrolled through the course offerings. Forensic Science. Flower Arranging. Human Resources. Psychology. I couldn’t wrap my head around having a career that didn’t inspire me physically and creatively the way dance always had.

While I was still recovering from my surgeries, I started to take voice lessons and acting classes. I didn’t have any aspirations with them; I only wanted to feel creative again in a way that didn’t demand the physicality I was no longer capable of. In no time, my teachers were encouraging me to audition for local musicals and plays. It was absolutely terrifying. I felt too far behind the rest of the crowd to compete. These people had degrees in musical theater while all I ever did was dance in ballet companies and sing in the shower.

To my complete surprise, I was able to book some gigs and had an incredibly fun time working on them. 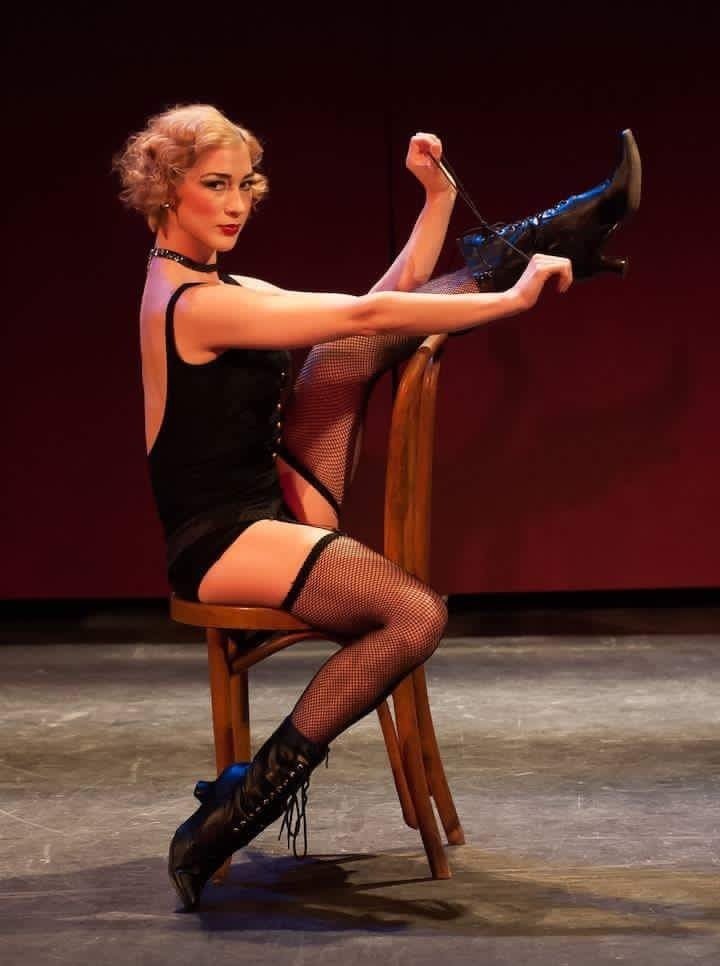 At first, making any noise with my mouth on stage felt strange. I had been silent in front of the audience for decades, relying only on movement. Now I had this new instrument to add to my artistic arsenal. I could change my volume and inflection to produce an emotional response. I could use body language in different ways that didn’t require me to bang up my instrument the way ballet had.

This wasn’t settling for a different career; this was growing into a new one. Sometimes in rehearsal my eyes would well up with unexpected tears, imagining the time when my jaw was wired shut and I could barely speak. Or when I was in so much pain that I couldn’t take a full breath without making it worse. Or when I was stuck in a chair for hours at a time covered in ice from the thigh down, feeling like I had been crumpled up and thrown away.

As dancers, we grow up in studios surrounded by people with similar abilities. We take for granted these incredible skills that we’ve spent years perfecting because everybody around us can do much the same as us. We sympathize with our friends who end up in “boots” for their broken metatarsals and we mourn the loss of the incredibly refined senior dancers once they retire. But the demands of being in a ballet company are such that we don’t waste much time considering the potential loss of our own career.

As I came to these realizations, my body very slowly gained ability, bit by bit. One day my eyebrow would start twitching, showing signs of movement. Another day, I would realize I had walked for 30 minutes straight without pain. Much later came jumping, and being able to make a face that would read to an audience of 2500 again. 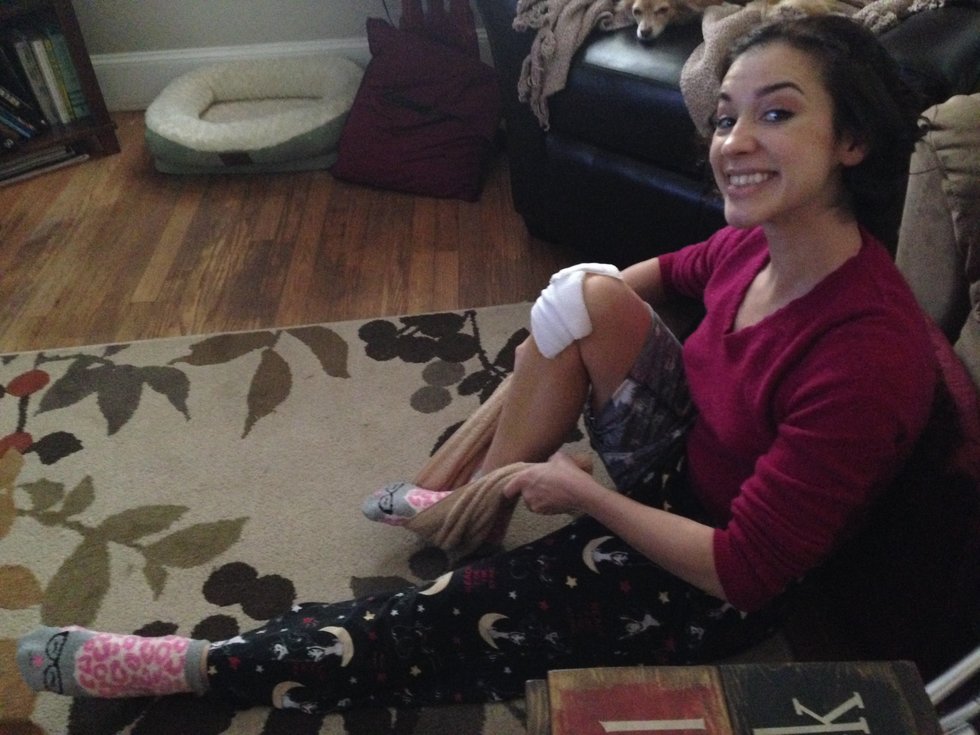 To go on that journey and come out on the other side being able to do a saut de chat eight shows a week as “Meg Giry” in The Phantom of the Opera national tour has been nothing short of miraculous.

I may not be up for an eight-hour day on pointe anymore, but I feel utterly unstoppable. I’ve learned that I can be an artist in a thousand different ways, and the skills I’ve gained from one art form will only serve as a building block for the next. I may approach grand allegro much more tentatively now, but I’ll only get braver about turning my experience into a means of self-expression.

Best of all, I no longer lament what I can’t do. I know what it’s like not to be able to do anything at all. I’m grateful for every single moment I have left in this body. It emboldens me to accept that if I want something, it’s now or never.

We did an exercise in acting class once where we had to portray an emotion while sitting in a chair, without using any other movements, words or sounds. In that exercise, I discovered facial expressions I had never needed to use because there were so many other movements I had relied on in the past. That’s what it was like when I thought I would never use my body as my instrument again. It forced me to find other creative routes in my career. Routes that I wouldn’t have known I had any use for otherwise.

Hi, my name is Emily Ramirez. I was a professional ballerina for over 10 years and now I'm a ballet teacher, choreographer, working actor, musical theatre performer, feminist, optimist, pep-talker, mantra-chanter, husband-adorer, dog-lover, wine-drinker, window-shopper, self-proclaimed master chef, and all around lover of life. I've made it my mission to both draw upon the positive and learn from the negative experiences in life to help inspire my students and peers. The world of performing arts can be so demanding and even quite harsh at times, although it's an absolute gift to be a part of it. I believe everyone deserves to have the confidence and self-worth necessary to enjoy every precious minute of it!

Sorry, the comment form is closed at this time.

Explore content from professional women of different backgrounds. Our goal is to help other women navigate their work place. We want to learn from one another and propel each other toward growth.